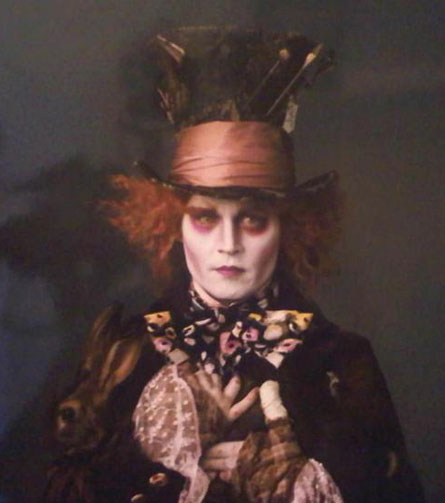 “The time has come,” the Walrus said,
“To talk of many things:
Of shoes–and ships–and sealing-wax–
Of cabbages–and kings–
And why the sea is boiling hot–
And whether pigs have wings.”

Let’s talk about some other things.

I read Alice in Wonderland when I was an adult, long after seeing the Disney animated version (though it was first released in 1951, I saw it years later). I don’t know that much about Lewis Caroll, admittedly, but I do know Alice  works as a dream, as a fantasy, a stream of consciousness. It’s crazy as a Mad Hatter, and as mysteriousas a hookah-smoking caterpillar.

Before the new movie comes out, I highly recommend you read Carroll’s version of Alice, and some of his other writing. Judge for yourself whether or not a dream-like, nutty as a fruitcake story still holds up after all this time, and under Tim Burton’s masterful visionary film making (well, my opinion anyway).

Really, now you ask me,’ said Alice, very much confused, `I don’t think–‘

`Then you shouldn’t talk,’ said the Hatter.

2 thoughts on “Falling Down a Rabbit Hole Near You…”