Wondering about the end of the world? Well, there’s a word for the study of that. (Anytime you read “ology” on the end of something it means the “study of,” or branch of knowledge.)

So here’s a handy word when it comes to the end of days:

Eschatology means the study of the end of days, the end of life, or the furtherest point of existence. For example, right before the bell rings during 7th period. On a Monday afternoon. How can I be a famous actress?

Why is the U.S. so violent?

How can I raise happy children?

From The Writer’s Almanac:

It’s the birthday of the comic-book author Bob Kane, (books by this author) born in the Bronx (1916), who was working at DC Comics in 1939 when his editors began asking for more superhero characters to follow up on the success of Superman. Kane thought about it over the weekend, and on Monday morning he turned in some sketches of a character he called Batman. The character made his debut in DC Comics number 27, “The Case of the Chemical Syndicate,” in May of 1939. He is alter ego of multimillionaire Bruce Wayne and one of the few superheroes in the history of comic books who doesn’t have any special powers. He’s just rich enough to build himself special crime-fighting gadgets. Kane said he based the character partly on Zorro, because he liked the idea of a fashionable rich guy dressing up as a vigilante at night to fight crime. He got the idea for Batman’s costume from a drawing by Leonardo da Vinci of a bat-winged flying machine.

Your faced with a creative challenge. What do you do? What resources will you draw from, (literally, if you’re an artist, or figuratively, if you’re tangling another sort of task)? Did you ever imagine that Bob Kane would use the genius of a 420-year dead guy to inspire him? Happens all the time.

I really hate lies. Lies make the world so…diminished. I’m not talking about the “little white lies” that we use to not hurt someone’s feelings, although those can be pretty dreadful, too. I’m talking about the big whoppers that put people’s lives, time, and trust at risk. Lies are as old as time. I’m also not talking about stories that everyone knows is a story and is enjoying. I’m talking about intentional, deceitful, “I am knowingly trying to pull one over on other people” lies. I have students who are so in the habit of lying, they don’t even know it. The first thing out of their mouths when they’re answering a question is a lie. Example: Me to student: “Please change your laptop screen–(laptop screen is filled with gang/street imagery)–you are only allowed to have a solid color, or our mascot.” “No way, Mrs. L! Another teacher told me…blah blah blah blah…” Since other teachers are even more strict than I am, I am CONFIDENT another teacher did not say it was okay to have those images on her laptop. One. Hundred. Percent.  I had one student whom I said hello to in the courtyard before class, and then when she was tardy, proceeded to tell me the bus was late. Um, yeah…the bus may have been late (it wasn’t — we hear announcements) but apparently you weren’t ON IT BECAUSE I SAID HELLO TO YOU IN THE COURTYARD FIFTEEN MINUTES AGO!

Now, there’s the news story out of Colorado about the crazy dad who told everyone his little boy was up in a balloon. I only listened to this story from the peripheral (sidelines), but when I heard more details I was horrified. The parents must be devastated! If I lost one of my children, I would never recover. Teachers who have lost students are never totally the same. I am not being dramatic when I tell you it breaks your heart.

And then it came out that this dad was lying, it was a hoax.

What should happen to parents who make their children play a part in a nationwide, no–worldwide– deception? Who manipulate the media in this way?

As my husband said, ‘We (people in general) want to help those in danger. How are we going to want to keep doing that, having a moral and ethical reaction when some one’s really in danger?”

Take care, students — this is why your parents and teachers want you to be a “critical thinker.” Don’t take part in the lies that undermine the trust.

I trust you now, too–don’t lie to me. I want to help you when you’re in danger, of any kind. Especially if you’re being dangerous to yourself.

Read this fable, and compare it to the modern news story: 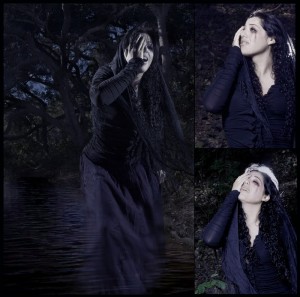 What is the difference between a legend and mythology? The big difference is in mythology, some sort of deity (god/goddess) is usually causing mischief or interference, or is simply present. Mythology is awesome, it’s true.  But legends can be SCARY! Along with folktales, fables and fairy tales, legends are used to scare the pants off of us. Take for example the legend of La Llorona, or the crying lady. Legend has it that a woman had a cheating husband–when she found out, her rage and jealousy so consumed her, she sought the worst kind of revenge, and drowned her children in the river. Immediately she was filled with remorse, and wanted to save her children, but it was too late. She is seen haunting the riverside, clawing at her eyes till she cries blood…

What’ the moral of the story? What do you think? Even if you have a cheating spouse, hurting your children is never the answer, the worst thing you can do? It’s a sad story, that’s for sure, but if I ever saw her,  that would scare the heck out of me!