There is an ANIMATION EXHIBIT at the Pacific Science Center from October 3-January 3! 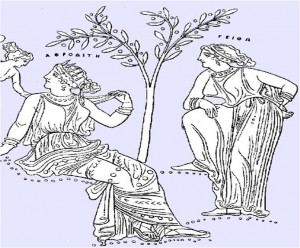 Greek/Roman mythology is fascinating! Check out this link, and explore: http://www.webexhibits.org/greekgods/index.html

This writer obviously had a burning question that became the focus of his life’s work. The question is: what will be your passion and focus?

From the Writer’s Almanac:

It was on this day in 1764 that Edward Gibbon (books by this author) thought up the idea of writing The Decline and Fall of the Roman Empire. His six-volume work, published between the years 1776 and 1788, covered more than a thousand years of Roman history, from 180 A.D. to the fall of Constantinople.

Gibbon wrote in his autobiography: “It was at Rome, on the fifteenth of October, 1764, as I sat musing amidst the ruins of the Capitol, while the barefooted fryers were singing Vespers in the temple of Jupiter, that the idea of writing the decline and fall of the City first started to my mind. After Rome has kindled and satisfied the enthusiasm of the Classic pilgrim, his curiosity for all meaner objects insensibly subsides.”

Rome had cast a spell on Gibbon. He wrote that he was not very “susceptible [to] enthusiasms” and never pretended to be enthusiastic when he didn’t actually feel it. “But at the distance of twenty-five years I can neither forget nor express the strong emotions which agitated my mind as I first approached and entered the Eternal City. After a sleepless night, I trod with a lofty step the ruins of the Forum; each memorable spot where Romulus stood, or Tully spoke, or Caesar fell, was at once present to my eye; and several days of intoxication were lost or enjoyed before I could descend to a cool and minute investigation.”

Gibbon became known as “the first modern historian.” He tried to write objectively, and in departure from his predecessors, he relied heavily on primary source documents rather than on secondary sources such as official Church histories. He made extensive — and eccentric — use of footnotes.

Gibbon argued that the Roman Empire’s decline and fall were a result of a couple of major factors: changing military practices and the spread of Christianity. Rome had begun outsourcing its military jobs, hiring paid mercenaries from around the world to defend the Empire, and Gibbon argued that this made them susceptible to the “barbarian invasions” to which Rome fell victim. Additionally, he argued that Christianity’s emphasis on the heavenly afterlife reduced the incentive for Romans to sacrifice for the cause of their Empire and the accompanying earthly riches and glory.

How do you find good books to read?

Read what others are reading: http://the1bookblog.blogspot.com/2009/08/song-of-sparrow.html 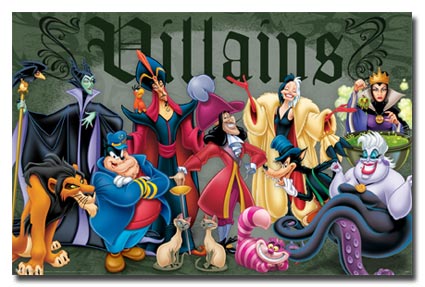 It’s not easy being the bad guy all the time. So misunderstood, so maligned! Why can’t the public see me for who I really am? Just little ol’ me, trying to get by in the cold, cold world? Whether it’s my slithery tentacles or sharp, forked tongue, a clawing, gleaming hook, or perhaps an ambitious quest to be the king or queen –these protagonists simply get in the way! With the glass slipper-fitting, apple-prince-charming-kissing-hakuna-matata-singing ya-hoos, they are simply too gooey sweet to believe! Pardon me while I go rinse out my mouth from the bitter taste of evil and bile…