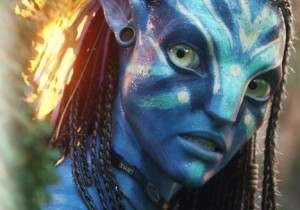 Pixies are described as small fairies, sprites, beautiful, exquisite little magical beings, who usually intend no harm. They can be mischievous, and though they can be tricksters, they are usually helpful and just darn cute.

More elegant than elves, funnier than fairies, and luckier than leprechauns, Pixies are charming: how can anything that has been known to turn into hedgehogs at will be anything less than sweet, like a big stick of flavored sugar in a plastic tube?

Now you may be wondering why I have an image of a Na’vi from the movie Avatar. 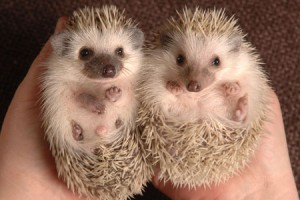 It’s a stretch of a connection, but see if you can follow my thinking:

Pixies are very much into nature. So are the Na’vi. Pixies might be blue as are some Na’vi. Pixies are sprightly, agile, and athletic. Again, the comparison continues. What does it matter that the Na’vi are over 7′ tall, and Pixies are reportedly about 7″? They’re also both make-believe.
There is some controversy over the design of the Na’vi. Are they representing another race, the noble savage, is their depiction as a humanoid (part human, part another species) an affront to our earthly creators?
Hardly. Let’s not overthink this one, folks. Remember–we keep telling the same story again and again? Tales of springy little sugar-sprites being driven from their woodland homes, with no other defenses than to curl up in a ball, quills outward, is nothing new.
I think they are just pixies, and proportionally sized to their planet, Pandora. (By the way, the allusionary explanation regarding Pandora is on its way.) Even the name Pixie conjurs images of little things: leaves crunching. Frost on pumpkins. A lavendar petal unfurls. Things found only nature-made, not from a factory. A fireflies’ constellation. 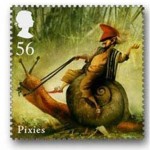 Little known fact about me: we have had two hedgehogs. One was named Juju, and the other SugarPop. They were both pooping pin-cushions. Not the best pets we ever had, but maybe we weren’t meant to own pixies.