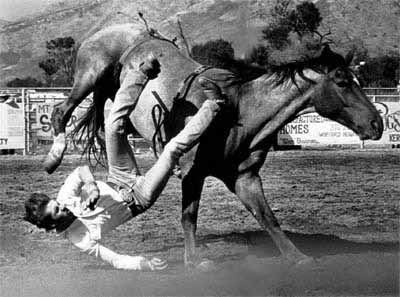 I read another blog named “Musings from a Not so Master Teacher” by a teacher named John Spencer. His audience, I believe, is primarily other teachers, so students, many of you may not be interested.

However, consider this: remember what I said yesterday about “filters?” That sometimes you need to get out of your past, and especially your present, and think a little bit into the future, and filter news and information that might benefit or harm yours? (Your future, that is.) Well, this is one of those times, but I’ll do some filtering for you, and give you the big chunks.

He recently wrote a post on competition, using the allegory of a parent talking to a child. (Remember: allegory-when characters/animals/objects represent something larger or other than themselves.) The parent says to the child that the child will receive food, clothing, etc. if they are competitive and earn it. It was just an essay, an opinion, a viewpoint. Mr. Spencer wasn’t suggesting that parents actually withhold food and love from their children. Another teacher wrote lengthy, multiple responses to this post, named Empowered Teacher. I like Empowered Teacher’s blog, too, because this masked-avenger also writes about issues and considerations that affect education. And as you know, dear children, education is a big deal to me.

Of course, I had to weigh in my opinion too. To me, competition isn’t bad or good, it exists, and I believe the most important question is we examine who is making the rules of the game, and then judge to see if the game is worth playing.

That led me to a nighttime conversation in my own mind last night, as I was drifting off: What is my relationship with competition?

Here are a few thoughts:

A few weeks ago, while getting my lunch, a few boys had had a tussle, and there was blood spilled. All I saw was two kids who were tired, upset, and hurt. Whatever they had been fighting about must have seemed really important at the moment, so much so  it didn’t stop with words, but physical pain. What were they competing for? Turf? Honor? Milk money?

People who have suffered from a natural disaster usually must compete for basic survival: food,water, shelter. It’s not “looting” when it’s “survival.”

People who come from cold, harsh families have to compete for their parents’ love.

People who are waiting in the grocery store lines are competing for time–heaven forbid if the person in front of them has one too many items in the express line or writes a check. We’re on a fast track! Hurray! Get out of my way!!!

Here’s what I want you to walk away with: the world is competitive. And many times, the rules are not shown or given to you. You have to figure it out. Many times you will do your best, you will be loyal, you will work hard, and someone else will get the job, the girl, or the guy, the house, the place in line in front of you, or the last scoop of tater tots. That doesn’t mean you should ever give up. Do what you love, learn as much as you can, and no one will ever be able to take that from you.

Or, I’m taking my ball and going home.