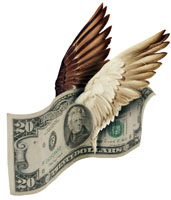 So, kids, as I continue on my quest to be YOUR BEST TEACHER IN THE WORLD…WORLD..world…world..I came across this article from Time Magazine:

“Should Kids Be Bribed to Do Well In School?”

Now, think about it – there is really no right or wrong answer here. It was an experiment. The article takes a long time to get to the point, too. The first part of the article describes in detail how difficult it was for the psychologists to actually get permission to run the experiment. And, once they did, the results varied quite widely from city to city:

The results began to trickle into the lab last summer. In New York City, the $1.5 million paid to 8,320 kids for good test scores did not work — at least not in any way that’s easy to measure. In Chicago, under a different model, the kids who earned money for grades attended class more often and got better grades, two major accomplishments. Those students did not, however, do better on their standardized tests at the end of the year.

In Washington, the kids did better on standardized reading tests. Getting paid on a routine basis for a series of small accomplishments, including attendance and behavior, seemed to lead to more learning for those kids. And in Dallas, the experiment produced the most dramatic gains of all. Paying second-graders to read books significantly boosted their reading-comprehension scores on standardized tests at the end of the year — and those kids seemed to continue to do better the next year, even after the rewards stopped.

The kids had much in common. In all four cities, a majority were African American or Hispanic and from low-income families. So why did the results vary so dramatically from city to city?

One clue came out of the interviews Fryer’s team conducted with students in New York City. The students were universally excited about the money, and they wanted to earn more. They just didn’t seem to know how. When researchers asked them how they could raise their scores, the kids mentioned test-taking strategies like reading the questions more carefully. But they didn’t talk about the substantive work that leads to learning. “No one said they were going to stay after class and talk to the teacher,” Fryer says. “Not one.”

I say, this is the reason: We (parents/teachers) think you kids already know what to do to be successful in your academic work. We just say “Do your homework!” or “Study for the test!” but quite often we forget to teach you HOW to do this:

We tend to assume that kids (and adults) know how to achieve success. If they don’t get there, it’s for lack of effort — or talent. Sometimes that’s true. But a lot of the time, people are just flying blind. John List, an economist at the University of Chicago, has noticed the disconnect in his own education experiments. He explains the problem to me this way: “I could ask you to solve a third-order linear partial differential equation,” he says. “A what?” I ask. “A third-order linear partial differential equation,” he says. “I could offer you a million dollars to solve it. And you can’t do it.” (He’s right. I can’t.) For some kids, doing better on a geometry test is like solving a third-order linear partial differential equation, no matter the incentive.

It’s kind of like we’re asking you to sprout wings on your own. All the bribes and rewards in the world aren’t going to make a darn bit of difference if we don’t help you learn how to learn.

A rookie mistake that we teachers make is thinking our lessons are so wonderful, so engaging and enlightening, that when you sit there and say “This is stupid, I’m bored!” we take it personally, as if you’re saying the teacher is stupid and boring. Well, we may be, but that’s not the point. The point is we haven’t made what you’re learning worth your time, or at least the perception of it being worth your time. But sometimes, kids –you just have to trust us. We (adults) have seen around the next corner. I have seen qualified people not get a job because of a typo (misspelling) on their resumes. Really. REALLY. I have had to vie for a minimum-wage job against 30 other applicants. I have been through hours of school and professional development to achieve some success. My husband has spent hours training himself, and continues to be a life-long learner and self-made man. So, when we ask you to grow wings, we mean metaphorically, and we will show you how.

And on the subject of money – I’ve not had money, and I’ve had money, and I prefer the latter. (And I can say honestly my education has helped have and make money. It was its own reward.)

One thought on “Grow wings.”