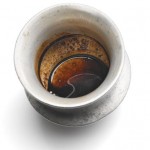 A spit-take is in response to something that’s funny, but alas, this is not. Now I know I have friends who will be quick to remind me that I could be something of a class clown, seeking attention inappropriately (which is different from seeking inappropriate attention). But I would never, ever, have done something like this:

My garulous 7th period class is a challenge. We all know this. During a conversation that sounded more like begging and pleading to please behave when I had a guest teacher, I witness one young patron spitting, yes, SPITTING on the column/wall in the back of the room.

I stopped him with a “WHAT THE HECK ARE YOU DOING?! SPITTING?!?!?!?!?!” (Cue to me with tearing purple pants, face growing a shade of jolly-green Hulk, and speaking monosyllabically.) Stopped the lesson, which, oh, by the way, was all about how to write thesis statements, and begin to explore themes – sounds dry, but it wasn’t- it was all based on Descendants, which they all watched and really liked yesterday–ANYWAY – the young patron was asked to then take my cleaner and rag and clean all of the chairs while everyone moved up front. This took 10 minutes out of instruction time, and while people were jockeying to new positions, I called the disciplarian team to come and remove young patron from the premises.

I then proceeded to have a meltdown.

I know the words “disrespect’ was tossed out there. Perhaps a “disgusting” and “childish.”

But there was fear, too. I am sometimes scared for my students, although I should never show it. I don’t mean I’m afraid of them, never. I am afraid FOR them. Usually kids who have high disciplinary issues know exactly how to work the system so they spend more time out of the classroom than in.

I am scared because I see in many of my students this story:

Teen gets a year for assaulting Metro bus driver

A 14-year-old who assaulted a Metro bus driver was sentenced Tuesday to a year in juvenile detention.

With her 14-year-old son about to learn his fate Tuesday for assaulting a Metro bus driver, the boy’s mother rushed into the courtroom nearly 30 minutes late.

She missed the part when her son’s attorney, Craig McDonald, had sought a more lenient sentence and urged the judge not to place too much weight on the prosecution’s claim that there was a lack of parental involvement and control over the child.

Given a chance to speak before Juvenile Court Judge Chris Washington announced the sentence, the mother claimed her son was innocent of the assault to which he already had admitted guilt.

“My son is a victim,” she said. . “I do not believe he is guilty of hitting. … My son could not have hit anyone. Look at his size.”

The mother then turned to the victim, Katherine Batey, who was sitting in court next to the prosecutor, and began to blame her for her son’s predicament. “If you had handled it differently,” she began before she was abruptly cut off by an objection from the prosecutor and the judge, who warned her not to speak to the victim.

Washington then sentenced the boy to a year in juvenile detention, well above the standard range of 15 to 36 weeks. The boy will receive credit for the nearly three months he already has served in detention.

Washington also issued an order of protection banning the teen from riding Metro buses between 8 p.m. and 6 a.m. once he’s released from detention. The prohibition will last until the boy turns 21, Washington said.

The Seattle Times is not naming the boy — nor his mother — because he was prosecuted as a juvenile.

The assault occurred shortly after midnight Jan. 23 on Metro’s Route 124 when the bus stopped at South 144th Street and International Boulevard South in Tukwila.

According to charging documents, the teen swore at Batey, 57, because she wouldn’t let him out the back door of the bus after some of his friends were allowed to use the door. The boy struck the driver, causing her to lose consciousness and suffer facial injuries.

Deputy Prosecutor Julie Kline called the attack a “savage assault” in a hearing Monday and said the teen, a former Renton High School student, is entrenched in gangs and has no parental guidance. She said the boy was intoxicated at the time of the attack.

The boy pleaded guilty to second-degree assault two weeks ago, but admitted in a statement only to “touching” and slapping the victim.

The difference between the driver’s injuries and the boy’s failure to fully accept responsibility for his actions contributed to the longer sentence, the judge said.

“Your action shows a complete indifference to how someone else feels,” Washington said. “I think you are a risk to reoffend, and I think you need the treatment available” in juvenile detention, he said.

Two other boys, 16 and 17, who were charged as juveniles with malicious mischief for allegedly punching and kicking out windows on the back door of the bus, received deferred dispositions after a judge found them guilty last month.

The 14-year-old boy was originally scheduled to be sentenced Monday, but the hearing was postponed to Tuesday because the boy’s mother was given the wrong date for the sentencing. Nonetheless, Batey and Kline, the prosecutor, spoke in court Monday.

Batey said she still suffers nightmares from the attack and doesn’t leave her house very often. She said she doubts she can ever return to work as a bus driver because she’s afraid of being attacked again.

On Tuesday, when the time came for the 14-year-old to speak, he mumbled to the courtroom, “I’m sorry for assaulting you.”

But Batey asked the boy to say it again, this time while looking into her eyes. He complied.

One thought on “Spit happens.”