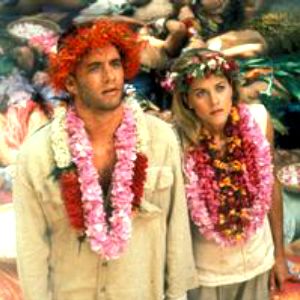 “Joe Versus the Volcano” (1990) stars Tom Hanks and Meg Ryan. Tom Hanks plays Joe Banks, a hypochondriac (someone who thinks they’re sick all the time when they’re not), who ends up making a deal – the trip of the lifetime, with only one catch: it will kill him. Through his journey he goes through the transformation of the inner-hero.

It is one of my and my husband’s favorite movies.

What made me think about it again were two things: 1. Volcanoes in Iceland have sent plumes of ash into the atmosphere, trailing to the skies over Europe, stranding thousands of passengers. 2. There was a guy named Joe. V at Trader Joe’s today who was funny.

Now, I think about all of that ash, and how Earth still gets her way from time to time. I guess I shouldn’t personify Earth–it’s not some personality or character who has machinations on how to hurt humans, 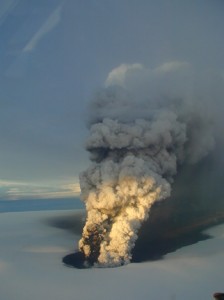 killing them at worst or inconveniencing them at least.  Or should I?

In our techno-quests, did we forget the organic?