Now, some of you may think this is borderline “creepy old lady who saves used string and saccharine packets,” but I assure you, I probably will not keep this–but do not be fooled. It is not trash. It was one of the sweetest presents I ever received from a student.

This young man was born in Russia. He’s braved the chilly, cutting winds of Siberia, stared down wintry, steel-clawed tigers, and battled, and was victorious, middle school.

To keep in somewhat posterity, I took a photo of this gift. The gift itself was a blue raspberry-flavored Jolly Ranger, inside a plastic sandwich bag as the wrapper. He wrote: To Mrs. Love, My Favorite Teacher. The gift was doubly-blessed, because not only did I really need a blue raspberry Jolly Ranger at that precise moment, but it made my tongue blue,  just before a meeting with the principal. And as everyone knows, blue tongues provide mana and power. The rest of my day was sweet.

Thank you, my brave young student. I will miss you with all of my heart. You have made me more brave, powerful, and true. You’re one of my favorite people, too. 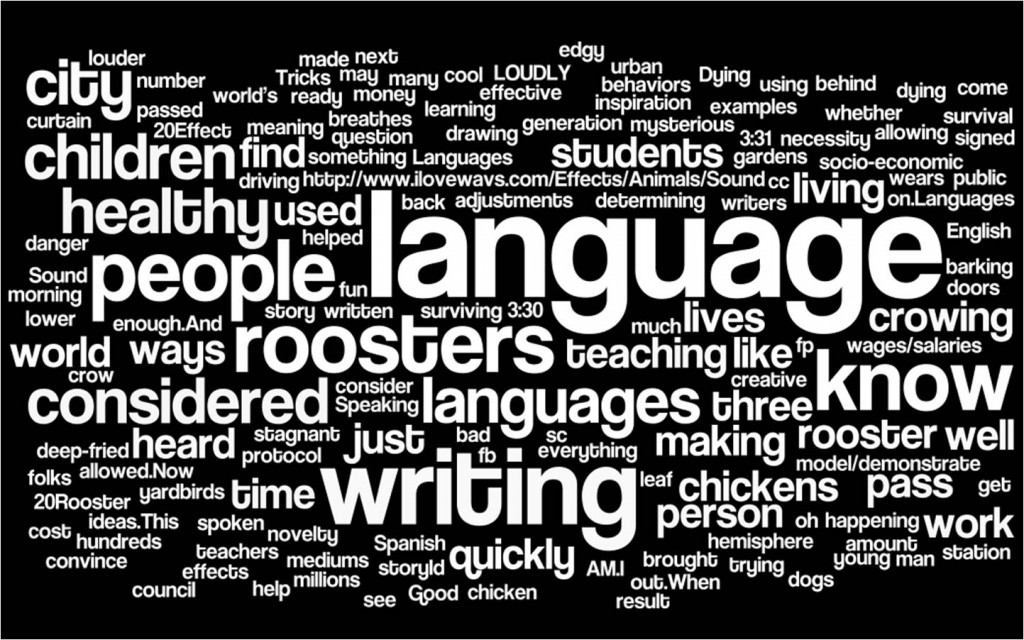 Our brains work in mysterious ways: 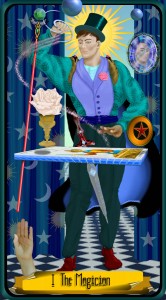 Does technology help young writers, and teachers of writing?

I am sure it’s helped me in teaching writing. Showing so many examples of writing, sharing my own writing, and using it to model/demonstrate workshop behaviors and protocol has been effective in allowing my students to find their own voices.

But with everything, if it’s the novelty that’s drawing students only, we all know how quickly that wears off. Tricks are fun, but quickly they see the man behind the curtain. Good teaching is just that — no matter the delivery.

But not only that, consider the world that’s brought to their doors, so they can find inspiration in their ideas. 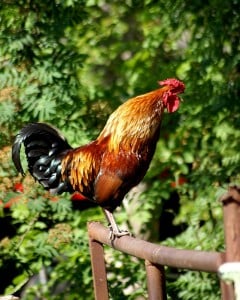 This morning while driving to work, there was a story on the local public radio station about the city council determining the number of chickens allowed in city dwellings, but more importantly, whether or not roosters would be allowed.

Now I don’t know that much about yardbirds, but I do know roosters crow. LOUDLY. If I was living in the city, and I heard a rooster crowing at 3:30 AM, (which they have been known to do in our hemisphere), I would be ready for a deep-fried chicken dinner at say, oh, 3:31 AM.

I know folks are just trying to get by, making adjustments, being creative in their ways and means of surviving. Jobs have been lost that may not come back, wages/salaries have been stagnant for some time (meaning, people are making the same amount of money, but the cost of  living has increased), and it’s both considered hip to have urban chickens, gardens, as well as a necessity for survival. (Why is it, when a middle class person does something like this it’s considered cool, while a lower socio-economic person does it, it’s considered, well, not as “edgy?”) The point was made that roosters are no louder than leaf blowers or dogs barking. And that would convince people because….?

Anyway, no roosters, please. The crows are bad enough.

And I heard the question, if it’s a rooster, why is it called “crowing?”