Written by
blog0rama
Posted in
Being a better teacher, New News

It is no surprise that background knowledge and schema building are the foundations of reaching high-risk, lower level readers, and yet, I am still surprised by what kids don’t know about the world and how it functions.

And I am kind of angry about it.

Not at the students, mind you, but an inclusive spectrum of the planet to my own backyard. Last week, I was reviewing a Walter Dean Myer’s interview on NPR with all my classes: we listened, talked, whole class, partner, and then to independent work. Now understand, I had given this assignment over the long Martin Luther King, Jr. weekend. All I wanted them to do was listen once, listen twice (don’t say chicken soup with rice) and develop their ‘levels of questions’ so we could talk about it after we returned on Tuesday.

First, we never returned due to a tremendous snow/ice storm. Many thousands of people lost power in my area. We’re back now, of course, but that week will cause a ripple effect for a while.

I listened to the interview again, and thought it was worth looking at again. So, back to it.

When talking with a student about it, I asked him what “industry” was. He didn’t know. I asked him about a factory. Nothing. I asked him if he knew where soup cans came from: “The grocery store.” I asked if he knew or could guess where the grocery stores got them, and this stumped him. Now, for those of you who are thinking I was giving this poor child the third degree, I promise you the conversation was safe and gentle. I explained how factories work, and that many of our jobs that exist in factories no longer are in the U.S., and when Walter Dean Myers talks about this, he means that the jobs that we want require more education than ever before.

And how ironic that we don’t get that?

I wish for three things:

1. All parents read to their children, at least 30 minutes a day, from the time they can sit in a lap. I don’t even care if it’s People magazine, or some equivalent to True Romance (listen to the Myer’s interview to understand this reference.) 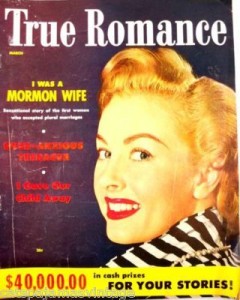 2. No more negotiations: we have early childhood education for all.

3. The BIG FAT TEST is defeated. Again, I do not mind standards; they are necessary and important. I do not mind curriculum maps, scope/sequence, scaffolding, and reflection. I do not oppose targets, nor do I mind assessing those targets. I want every child to read and write. What I do mind, and am living the pain of now (you all tried to warn me, didn’t you?) is how the ONE TEST TO RULE THEM ALL has taken over, and helped no one really. It’s getting worse.

John Spencer has often written about the factory model of schools, and yet, a young man doesn’t know where a can of soup comes from.

Now, in my own home, my sons struggle with school, for different reasons. My little guinea pigs are a testament to how public education works, or doesn’t, depending on things they have no control over, such as their fundamental personalities. They were indeed, born that way, different as night and day, equally intelligent and creative, but with very different styles.  As I look at my rosters of over 125 students, with every level of need or background knowledge accessibility or deficiency, I am feeling a bit overwhelmed.

“Levels of Questions” are based on Bloom’s Taxonomy and Costa’s questioning skills.

Last week, for the first time, there was a fight in my room.

I realize I can’t talk about it, and would never jeopardize the privacy of students who are having an ‘off day.’

Now, there have been quite a few things I miss about not teaching 8th grade. One of them is my old classroom. It was much smaller than the one I have now, and though it seems illogical to want a smaller room with physically larger students (I am convinced that many of the mothers did not take their pre-natal vitamins with this group of elvin 7th grade kids: they are tiny!), somehow, my presence, and the students’ learning seemed more concentrated and focused. I don’t know what it is about the expansive walls and ceiling that can’t seem to ‘hold down’ any real learning this year.

But I speak in metaphors. The issue is, when trouble breaks out small students can move FAST when challenged to a duel, and I, however, not quite so much. But I did get there, and no one was hurt, thank goodness. What fascinated me were the words they used, the code, that translates only into one thing, “We are going to be very angry now.” I know this code now, and will listen for it with more sensitivity than I did last week. The body language of chest-thumping and puffing up one’s smaller self to seem bigger is a trait we all share when we feel threatened. It’s our posturing stance. If only we had frills about our necks to make our predators back off.

The question is, though: who and what are truly these kids’ ‘predators?’ And I don’t mean the obvious ones, but the hidden fears and dangers of their lives? In my tearful talk to classess afterwards, I said that if there is one thing, one thing above all, I want for them, is that they are good to each other. Period. The world is too dangerous, too corrupt, and too souless sometimes and they must defend against it with courage and kindness for one another. Period.

I think they heard me. I explained again, that, please, their educations were one of the strongest defenses they have. (See nods of agreement, Amen, sister, testify!)

And then in every class, instead of doing their assignment at hand (which was to learn how to ask levels of questions), they drifted off in chatter and silliness.

Again this year, I have an ‘inclusion’ model. This means, in every class of about 24-30, five classes, I have a smattering of “honors” or highly capable students (two to three at most), some special education students (every diagnosis from Oppostional Defiance Disorder, Autism, Detachment Disorder, and more), English Language Learners who may or may not still be comfortable with English (thinking of two young girls who speak in Spanish every class, and tell me “Yes Mrs. Love” so sweetly, then continue to speak in their native tongues, which they can’t read, either), and every one in between. My charge is to differentiate, coalate, and congregate. I am to inspire, motivate, spark, and propel them all to PASS THE TEST.

Oh, and this year we have district “walk throughs.” They are not evaluative you know. And the math “look-fors” are on the same checklist as language arts. But they’re not evaluative, you know.

Here are the things I would like to go on the form:

1. Did your mom or dad ever read you a book? (Please listen to Walter Dean Myer’s interview on NPR)

2. Did you love kindergarten?

3. Did you get to eat breakfast this morning?

4. Does anyone ever turn off the television in your home?

The thing is–and I am sorry to feel this way–I think “we” are pushing for test passing for everyone else but these kids. Everyone else’s numbers, data, Federal dollars, tax brackets, etc. If they don’t have “buy in” (God, I hate that phrase), then who’s to blame?

I have often said that I do believe in standards. The national standards, and state, ones for reading and writing are completely reasonable, moral, ethical, and just. Every one on the planet should have the right to communicate as effectively as they are potentially capable of doing. Those are my fighting words.

Last week I related to my students, a small table group, about how I explained the theme(s) of the original Cinderella to a grown-up that morning. I pontificated on those themes with this group, verbosely elaborating the bigger ideas of dysfunctional, blended families, distracted or neglectful parents, father/daughter relationships , and the price of greed (it was the original Grimms’ Cinderella, with cut-off toes and heels, pecked out eyeballs, you know–the works).

Small Ukrainian student looks up at me, and says, quietly: “Mrs. Love, are those your super powers?”

I look at him, at first not understanding, and then realize, “Oh, D….., you mean my ability to come up with the big or main idea of something so fast?” He says yes, and then says, “Well, Mrs. Love, that is not a very good super power…”

I bust out laughing. I told him I could also turn invisible, but that would scare him, and the abilitiy to decipher themes is the only real super power I have.

Now I’m reconsidering my super powers. Today is a testing day, and I find myself with time to actually read blogs, and now share that anecdote. I read Teacher Tom’s post on a hashtag, and it’s pretty impressive. He is pretty clear in that students have been complaining about the same things since anyone taught anyone anything. I do want students, and teachers too, to rethink some of their methods, and consider that even though all knowledge may not be pragmatically or immediately applied, it is still a good thing in and of itself. Just because I don’t personally use algebra doesn’t mean that I am sorry for the experience of having taken it. If anything, it enhances my ability and buffs my super powers. I know have an understanding of what it’s like to learn something uncomfortable and challenging. Is that all students want every experience to be breezy and blissful? I offer this idea: life is contrast, and education provides those options to fill in our own life chiaroscuros.

Detour: With the help of my younger son and the insistence of a few students, I started a Minecraft Mondays at school. My mission, to help this band of stalwart builders not only create their virtual worlds, but to learn to be kind to one another in the process, ambassadors as it were, as they are creating the social fabric they want to wrap themselves in. I am not a Minecraft player. I don’t want to be a Minecraft player. But I do know the excitement players feel. They live for this club. And, my agenda is to make sure they go out in those virtual world with some manners. There exists this fourth dimension, and it is just as real as any we face. I would link more information about Minecraft if I could, but alas, all is blocked.

And here is what I wish my super powers really were: the ability to protect students from the dangers of the world via transparency and knowledge. They could use that right away.