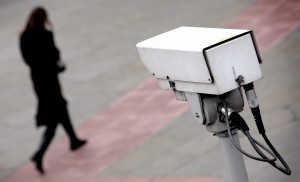 The other day, without sharing details, an e-mail went out there reminding us all to watch our Ps & Qs about information. Since my imagination is somewhat Walter Mitty-ish, images of jackbooted IT guys swarming all our homes, confiscating cell phones and laptops popped in my head. And as if my paranoia and vigilance wasn’t on red alert enough, to be reminded of the sword that hangs over our heads gave me a figurative and literal headache. Finding balance between our personal creative lives and those of education roles seem at odds sometimes. I envy those creative sorts who were not, nor ever were, teachers, and could toggle between worlds with ease. We teachers don’t seem to be afforded that right, to be humans.

In early February, after The Hobbit was put away, I brought out my Box of Destiny project. (This is a project I created years ago based on Ancient Roman lives, and adapted to suit Greek Mythology. Both are super cool, fun, and…rigorous.) I have been afraid to follow my instincts and actually write and share during writing time. The reasons are numerous, but let’s say my writing passion and involvement in the NWP (National Writing Project) has never been honored, sought after, or acknowledged by several passing administrations, so I’ve just given up. I know it’s important work, so I’ll do it on my own. In any case, I wrote about Phobos to model an example. At first, I didn’t read it to students, but tried to choose a time that would benefit and not intimidate. When I read it, one student  gasped and said, “Mine will never be that good!” I quickly explained that I always hesitate about sharing my writing. I’ve been writing since I was four, but, hey, see how practice works! But, I don’t want students to feel they can’t find their own voice. It’s a tricky balance. (Solution: anchor papers…) Anyway, I admit, it felt great to be writing in class again. The fear that someone will walk in and I’m “just sitting at my desk” has grown too strong. I used to ask if any adult came in to observe, and it was during writing time, they would have to sit down too and write. Ha ha, very funny.

Isolation: Although solitude and self-reflection are vital for teachers, they also need to connect to community. Teachers need trusted relationships where they are affirmed for who they are rather than what they accomplish. They need spaces where they can be vulnerable without worrying about being judged.

I used to feel brave. I used to feel I had a voice. Now lately I feel I am muted, diminished, and silenced. Someone else controls my remote, and they took out the batteries. I sensed the on-coming red tide of feeling I was in a fish bowl, and now years after walk-throughs and whispers, it is up to me to decide how to proceed. He found his way through: I’m sure I can too.