Written by
blog0rama
Posted in
Being a better teacher 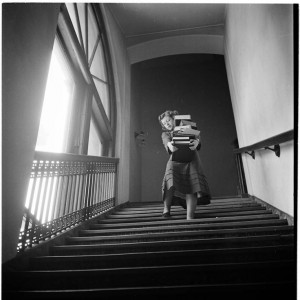 The Common Core-aligned Smarter Balanced exams, Elijah was told, were grueling — but Washington state didn’t require this year’s juniors to pass them to graduate from high school. In fact, the only thing compelling Elijah to take the tests this past spring was No Child Left Behind, the federal law. And, by federal standards, Elijah’s school was all but certain to be labeled “failing” whether he passed the tests or not.

When something doesn’t matter, why bother?

Testing Revolt in Washington State Brings Feds Into Unchartered Waters: this headline hit home. Last year my younger son was a junior, and many of his friends opted-out. We sat on the fence too long, mostly due to the fact I felt conflicted and indecisive–and at that time I wish I was ‘just a mom’ and not a teacher, too. I envied other parents who could boldly make this choice and help their  children take a stand about their lives. This is not the first time my teacher-life and my parent-life were at odds.

The thing is: those kids did not sign up for that. It was a broken promise in a way. They started kindergarten in 2003,(?) and will be the graduating class of 2016. They were raised on EALRs/GLEs, and then cut to CCSS late in the game. They were not left behind while racing to the top, and now they’re going to achieve. It’s all about the money, always has been, and our children are the commodity. And I am not being idealistic or capricious when I speak of money: money is important. Getting adequate funding for our students is the only political job we have. But please: can we remember that it’s our tax dollars, our public trust that our children are entitlement (wow, is that a loaded word) to a free, public, and excellent education. If the test serves no purpose to help them achieve their goals in the world, it serves no purpose at all. It needs to go. If it doesn’t inform a child in his or her path for their strength and weaknesses, and help them clarify their path, again, it’s a waste of time and money. To be clear, I am not against CCSS, nor the SBA: the two are not working in concert, however. The CCSS are flexible, but in the wrong interpretation can be too ambiguous for some educators; the SBA is too new, and not as transparent as it should be.

And in saying this what will happen is the powers that be will ‘make it count,’ and the only narrow way to get out of high school into something else is by passing this test. Scylla and Charybdis must be cracking up. These words are used as a curse, as a ‘be careful what you wish for,’ because we are not going to let you go that easily. So what looks like safe passage may be an illusion. I’m not sure how the new mandate is going to help. There are these dire warnings:

Democratic lawmakers in both chambers are sure to continue pushing for stronger accountability provisions before sending the legislation to the White House. Education Secretary Arne Duncan has said that the Obama administration would not support the legislation unless it strengthens the federal role in school accountability. But he stopped short of saying whether the president would veto it.

So is this the calm before another storm?

“After we were clear of the river Oceanus, and had got out into the open sea, we went on till we reached the Aeaean island where there is dawn and sun-rise as in other places. We then drew our ship on to the sands and got out of her on to the shore, where we went to sleep and waited till day should break.”

My younger son’s odyssey with public education tells as many tales as Odysseus, including cyclops (there’s always that “one” teacher), sirens (Minecraft, Kerbal Space Program), eating of the lotus (Diet Coke and gummy bears), and even respite and relaxation (drum line, robotics, and geology next year).

He’ll graduate next year; maybe without the best GPA, and his HSPE and SBA won’t “count” for colleges. What a waste of time. Only his GPA and perhaps his higher-than-average SAT.

What angers me is how many things “don’t count” for him or hundreds, maybe thousands of other students. He’ll have to move mountains and boulders to find his young adulthood path, and after years of being told what he was good at, where he excelled “didn’t count” no wonder he feels fatigued. I imagine he is not alone. Where are those creative and grand ideas that others speak of, and do? Why can’t his and every other school in our nation offer the very best in excellent, authentic curriculum and opportunities to show mastery? 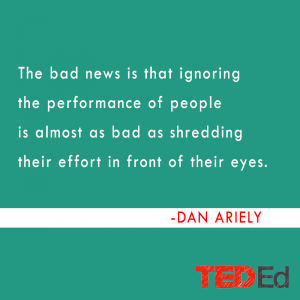 Maybe we need to make a new pact, a new covenant: we need to value our children, and not allow politicians misuse their hard work. If we value work, independence, intrinsic motivation and creativity how do we collectively show and prove these values?