@mrskellylove Zinn’s take on the gentrification of Sesame Street? That would be priceless.

Must give credit to John Spencer once again for this idea. He tweeted:

Now the thought of Chuck Palahniuk writing the back story for a cartoon intrigues me, and I began to think of multiple mash-ups of writers and stories. This morning I envisioned a complete Nathanial Hawthorne Scarlet Letter version of Rugrats, whereas every time Angelica attempts to bully the babies she must wear her insignia “A” embroidered on her chest, serving multiple purposes. The adults are the villagers, of course, standing firm in judgment. Well, it played out better before I had coffee. Now I’m not so sure.

But what about Stephen King and a treatment of Roadrunner? I think Kurt Vonnegut could do justice to Bugs Bunny. Or as John quoted, ‘create sad backstories to all the Animaniacs.’ Brilliant. This, of course, is the essence of fan fiction, with a hefty side of writer’s craft, style, and voice for good measure. 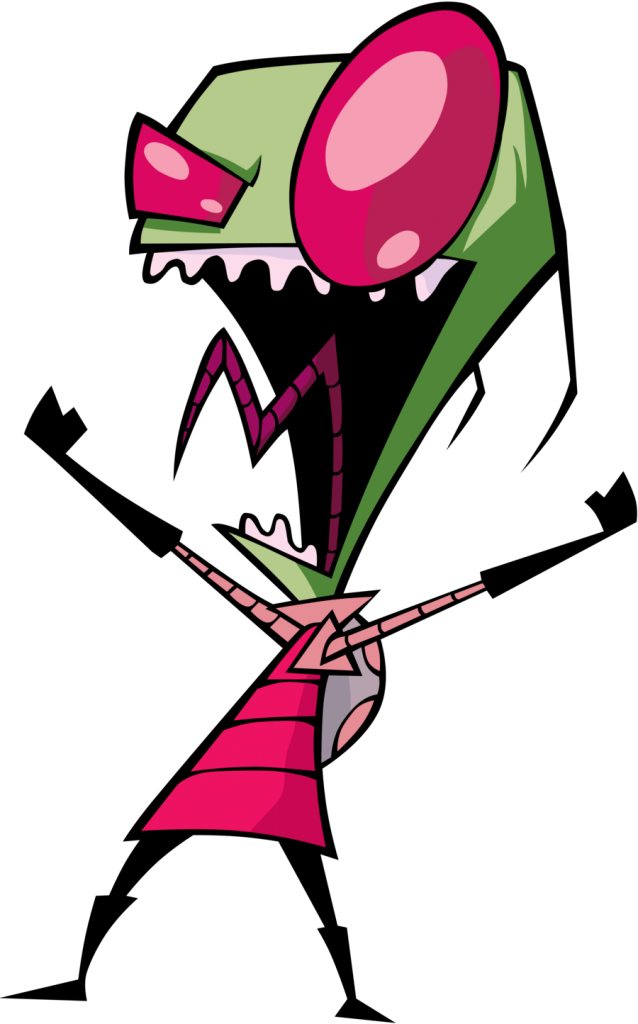 Allow me to meander a bit:

Ayn Rand takes over an episode of Invader Zim.

Okay, I could go on all day. I am seeing a really fun lesson idea here: D&D dice with each number associated with an author and then a second roll for the cartoon episode.

What other ideas come to mind?

Now–parents–think for a second. When I was growing up Bugs Bunny and his ilk alluded to operas, literature, film, etc. I know there are ‘jokes for grownups’ in current children’s media, today, too, but I am a bit out of touch with the ten and under crowd these days. My sons are 18 and 21, and they share gritty, funny binge-worthy media. We are long past the Rugrats days. If you’re a parent of kids under 10-11 and let them watch tv, what do they watch?