Always adding and refining: here are some resources to help with class discussions and partner work. Enjoy!

Written by
blog0rama
Posted in
being a better colleague, Being a better teacher, Big Questions, Wish I Had Written That, Writing
Tagged
Rebecca Solnit, WIHWT

This Wish I Had Written That is inspired by Rebecca Solnit.

Sometimes the artmaking stalls out.

Sometimes I’ve written my truth and it conflicts with someone else’s narrative. Writers step on toes, cause disquiet, and challenge ideas and status quo: and yes, I count myself in that group.

And when I stall out it’s because of fear. Fear of reprimand, unwarranted criticism, or being misunderstood.

But I suppose if I want to write, reflect, question, challenge, and process I must let go of any naivety and just write. Let go of the belief that all my words and ideas will be welcomed as a first-grader’s art project stuck on the fridge with a souvenir magnet.

It’s fun when there are over 1,000 hits and views on this blog. I realize other writers get tens of thousands a month, but for now, I’m satisfied with whoever takes the time to read.

There are too many fascinating and amazing miracles happening every day not to take snapshots of them, and curate the wonders of this world, and let fear get in the way. This age demands transparency and questioning. Carry on, be brave.

“You make art because you think what you make is good, and good means that it’s good for other people, not necessarily pleasant or easy, but leading toward more truth or justice or awareness or reform. I write nonfiction and know a lot of journalists, political writers, and historians, whose efforts tend to be more overtly geared toward changing the world but I believe this is true of poets too. This weekend a friend sent me a Neruda poem to celebrate the king tides—the exceptionally high winter tides we get here—and though it’s hard to say the way this might help someone, it helps me to read:

the disdain, the desire of a wave,
the green rhythm that from the hidden bulk
lifted up a translucent edifice

Because pleasure is part of what gets us through and helps us do what we’re here to do. Because the political struggle is to protect the vulnerable and the beautiful, and paying attention to them is part of the project.” 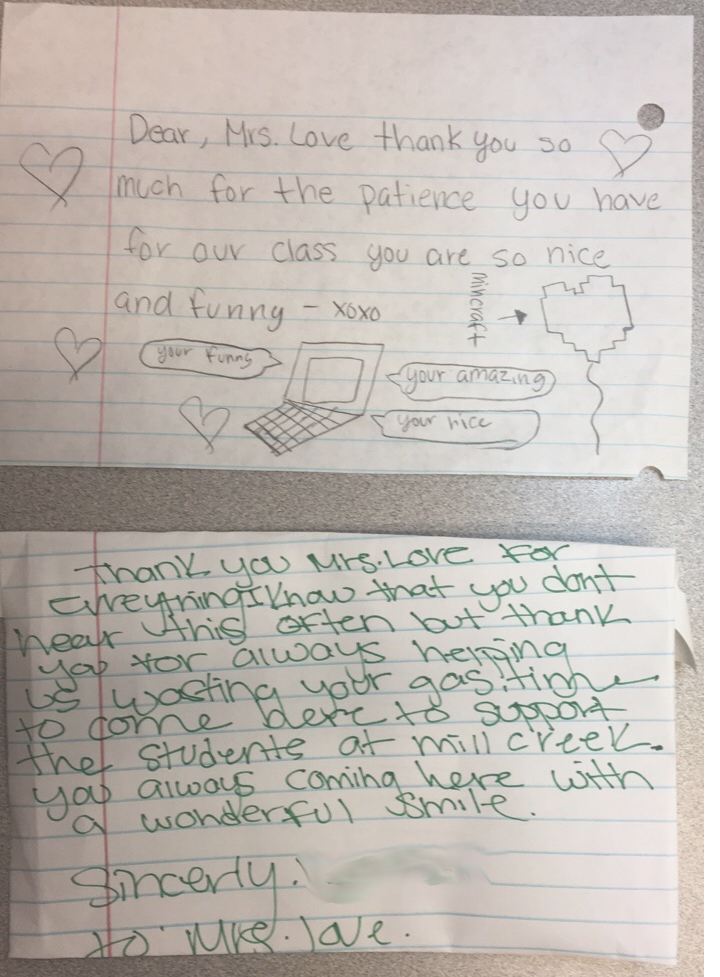 We, teachers, don’t hear enough about the good things we do in a day. We count on funny videos, friends, and our students to support us. The sad truth, it doesn’t come from the top often. But that’s okay, really and truly. That is not the work of administration. Or rather, it’s like finding money in a coat pocket: it’s great when it happens, but don’t count on it. 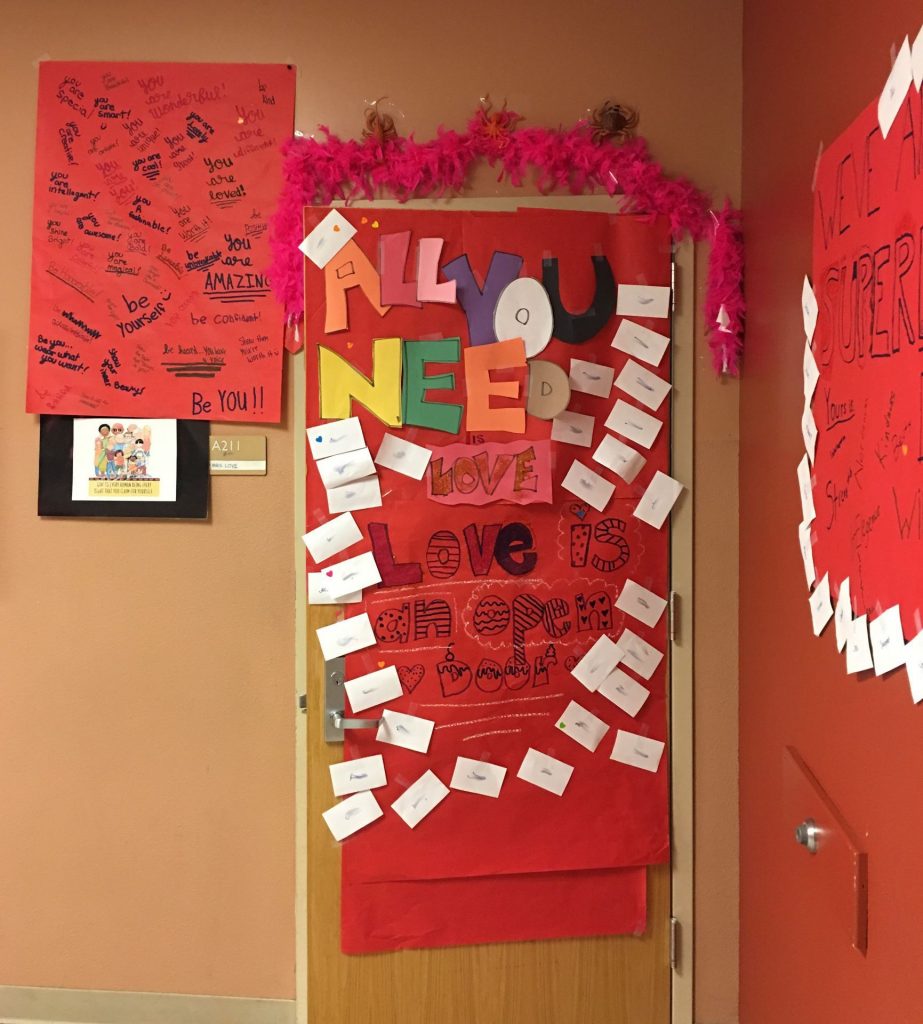 Maybe we’re so programmed to think of reflection as a tear-down process–but reflection can also mean, “Hey, I’m looking pretty good!” And by that, I don’t mean vanity, but the reflection of who we are through the eyes and hearts of our students.

Take a minute for yourself, and keep a log of the good things that happened. It’s the cure for the criticism, warranted or not, that comes our way.

Oh, and that was all on Tuesday.

Well, I’m joking, of course, but not by much! We all do a lot in one day, a lot of good, happy things: we know we have students in our care who deserve the best of who we are. And if no one has told you lately, I will:

You’re awesome. You’re doing important, good work. You bring the best of who you are for them.

Written by
blog0rama
Posted in
being a better colleague, Being a better teacher, Big Questions
Tagged
fighting Nazis

Over the Thanksgiving weekend, a piece came out in the New York Times that temporarily broke the internet, titled: “A Voice of Hatred in America’s Heartland.” While I discussed it on Twitter, my husband followed it on Reddit, and overall the takeaways were the same: what the (bleep) is wrong with the New York Times to publish a soft, fluff piece about a NAZI?

You know who had nice manners? The Nazi who shaved my uncle Willie’s head before escorting him into a cement chamber where he locked eyes with children as their lungs filled with poison and they suffocated to death in agony.

Too much? Exactly. That’s how you write about Nazis.

I saw it as a warning to those who have grown apathetic, complacent, and downright complicit in their acceptance of the banality of white supremacists, racists, and hate-crime mongers in our nation. I knew there were there. They paint swastikas on my fence. They stole my Obama sign off my lawn during the 2008 election. They work in my district, thinking it’s “cute” and funny to support the current president, which is tantamount to supporting and condoning his dog-whistle and seditious calls for violence. They are students who add hate crimes to their list of nonchalant violence and privilege.

We are in the center of the storm. Which way do we go?

Aside from the meta-discussion about the article itself, it begs the question: there are still Nazis next door. Right now. What do we do next?

We, teachers, choose to challenge hateful thinking, or we don’t.

Then maybe it’s time the nation goes on a nationwide field trip. Start reading Anne Frank again. Teach Terrible Things by Eve Bunting. But many of the “good” people won’t. We got to this place out of apathy and fear. I need ideas and action.

I received this amazing response. There are so much goodness and hope in here:

Are you a parent? If so, make sure: all the teachers in your child’s school receive ongoing training on implicit bias; the reading lists are diverse; the school celebrates African American History in a big way; the school teaches kids academic language re: racism.

And I made a new friend.

There are two questions, and we all better become fast historians, folks:

We can’t allow Nazis and White Supremacists groups to flourish. They are our domestic terrorists. How do citizens in countries like Egypt fight ISIS? That is what we do–and the reason we’re all so wobbly now is that we never, ever really thought of ourselves as that.

Eve Bunting’s Terrible Things: An Allegory of the Holocaust

When I lived in Tehran, Iran at the age of 11-12 I thought how every American kid should live somewhere else, too. Somewhere completely different. During that same time, we visited Amsterdam and I visited the Anne Frank house.

I’ve been on my field trips. Now it’s time for our children to go on theirs. Let’s lead the way.

Written by
blog0rama
Posted in
being a better colleague, Being a better teacher, Best Practices, Big Questions
Tagged
teachers are artists 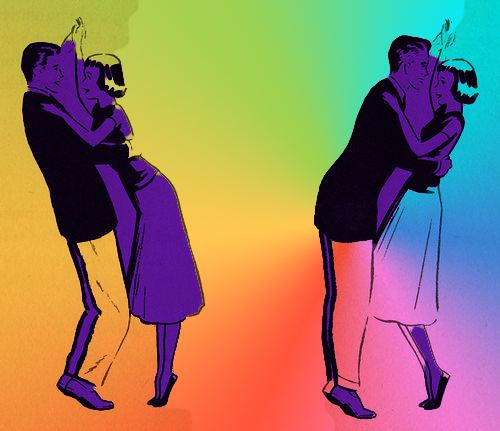 This is a topic full of complicated nuance, add a dash of cognitive dissonance, and complicated traditions. But seriously:  why do we insist on talking so much?

Well: it’s easier in the short term. But like all actions that require preparation, it exacts too many long term costs.

My epiphany in the last post concerning teacher agency aligns with this: we don’t learn when someone in the room talks constantly, so why should our students?

We don’t love when someone hands us canned curriculum or tells us, “Teach it like I do.” (Good coaches show us how to dance, not step on our feet.) If teachers leave the profession in droves, all one needs to do is refer back to Daniel Pink’s Drive, or their own common sense that asks and reflects, what makes us happy and motivated? Purpose, agency, and creativity.

If teachers are  encouraged to do this, both collaboratively and independently, perhaps we can move forward.

This is not to say that frameworks and scope/sequences are bad–they’re not. But sometimes the unintended consequences are so damning they must be reconsidered. We have big questions to answer, and sometimes I worry that we’re looking for answers in the wrong places. In a system that is chronological and age-based progression versus skill progression, we put emphasis on peer approval and not self-approval or reflection.

New and old teachers want fresh ideas, and no one wants canned ones. And even though Sir Kenneth Robison believes we should not deliver instruction, but become artists, in reality we must be both.

Here is where we are:

Where do we go?

We’d better get real creative real fast, folks. Perhaps administrations all over the nation can take a hard look at what they’ve been promoting in the past, and create their own paradigm shift. Change is terrifying. Give teachers the agency and locus of control they deserve. Promote and encourage master teachers to support all staff and students. Bring PD in house. Utilize and trust the resources and knowledge on staff.

And stop talking so much. Listen.