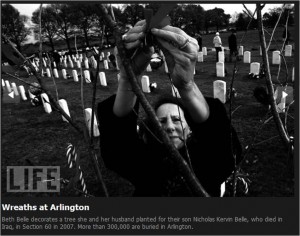 How many U.S. military personnel died in World War II, Korea, Vietnam, Desert Storm (Iraq), and the current conflicts in Iraq and Afghanistan. I could not find a concise answer.

Maybe I’m just too tired, lazy, or ultimately afraid of what I’ll find out. One number that jumped out at me was during WWII, all loss of life ranged over 60,000,000 people around the world, making it one of the worst, most devastating wars in human history. A point was made on one wiki that because of the newer war technologies, our current conflicts don’t cause the loss of life that previous wars did.

The Washington Post runs a series titled “Faces of the Fallen,” and at last count, over 5,400 troops have died as a result of the war in Iraq.

I personally know men who have served and have returned home safe. I have seen a big, strong soldier-daddy cradle a newborn baby at an airport, hugging a wife, and saying goodbye. I know the causes for these wars are incredibly complicated; this isn’t a diatribe about whether or not these current military engagements are right or wrong. I want to be very clear: I am in awe of the men and women who stand by their oaths and promises to defend our country because the Commanding Chief has asked them to. They are honor bound, courageous, and make sacrifices that are truly heroic. Their mothers, and fathers, need to be added to the discussion and mention of sacrifice, because for every fallen soldier, there is a mother who gave birth to him or her. I cannot imagine, cannot, losing my own sons, or any of my students this way. But I know in the realities of the economy of our times, many young men and women will join the military as a means out of their poverty.

I was of an age to see the Vietnam war broadcast in color on the news, the color of blood, green bamboo, and mud. Those images flashed in front of my eyes, and when my parents had a disagreement, I would react like the world was ending, my world. We don’t show the death, blood, and despair on the news. One woman was fired from her photography job for taking a photograph of military coffins coming back on a cargo plane. The media has been asked not to depict this war, so in some ways, unless it directly affects a civilian back in the States, it’s almost like it’s not happening; but it is. I wonder if we as a nation could be more creative, more responsive, to our enemies? I am not naive; I know we have them. There are groups out there, loosely banded or tightly wound, who seek to hurt and kill US citizens, for whatever ideological motif suits them at the time. That’s been the thread throughout history; humans make war, and use whatever ingredients they can find to do so.

Yesterday I didn’t post because I spent the day playing World of Warcraft with both my boys. My older son has gone to the Horde side, and the younger one was Alliance, and helped me level up, but went to the Horde side last night so he could join his brothers in raids.

Pretend, make-believe wars, quests, and medieval-like overtones do not connect to the real conflicts in any way. And I wish it was always so. Make believe quests are a lot more fun than the real ones.

Artists have always represented the powerful imagery of mothers in art from the beginning of time.

I have collected a few of these representations; your curiosity should lead you to find out more about the images: 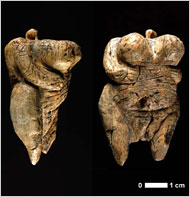 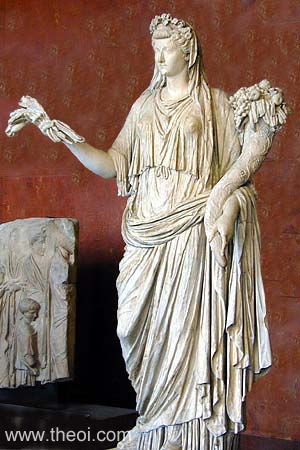 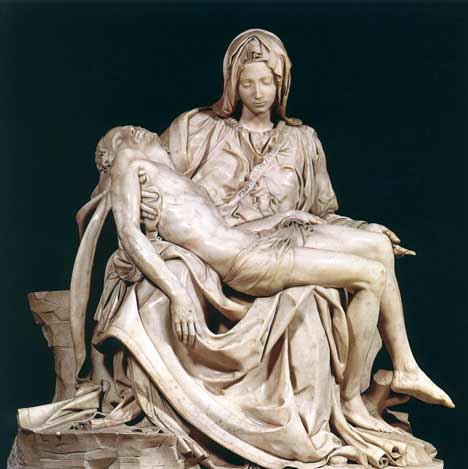 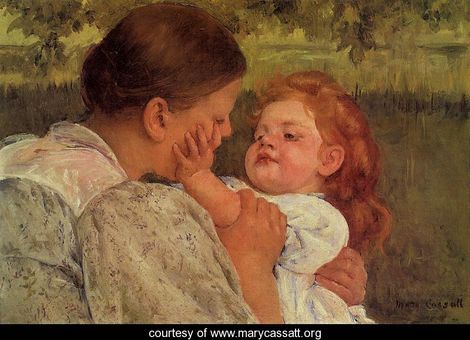 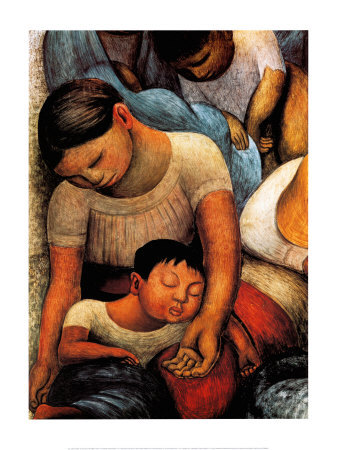 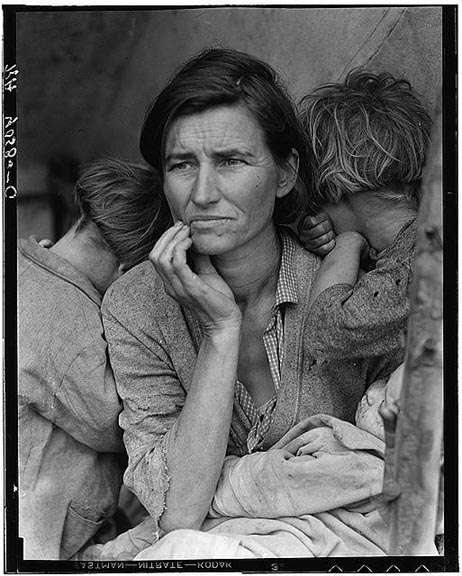 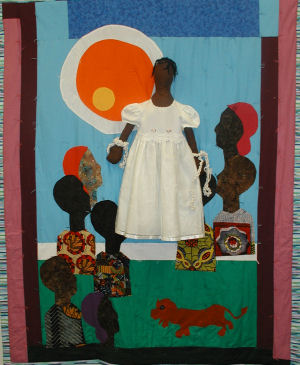 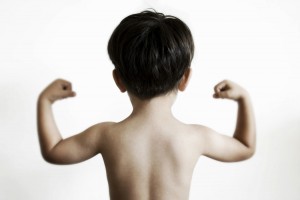 When I was pregnant with my younger son, I knew, I just knew, he was going to be a girl. I didn’t have morning sickness; I had night sickness; I carried him differently, and other indicators and old wives’ tales all said “girl.” When I had my first ultrasound and saw that no, indeed my second child, and probably my last, was in fact a boy, I got a little misty. My husband told me to basically get over it, and didn’t allow me to be sad for the daughter I would never have.

Now–let me be very clear: we are not the type of people who wanted “man” children to carry on family name, honor, or business, nor are we “let’s have a girl and dress her up” types, but I really just saw myself with girls, probably because I grew up in a family of all sisters. Girls are not some different, prissy species – we tumbled and played just like puppies, had our scrapes, fights, laughter and loyalty just like all siblings.

I am not regretful about my reaction over the genders of my children–it was just a reaction. But now, I can’t imagine being a mother to anyone but my sons, though. Sons are different from girls in some general ways. They usuallyaren’t as dramatic, or emotional, so you might miss their fierce pride and loyalty in your achievements. They aren’t as jealous or judgmental of mothers either, but only because they’re not reflecting on their future selves in your role (see the post about mothers and daughters –that’s a whole other basket of laundry–just as it’s different between fathers and sons.)

When I don’t think they’re noticing, or care, or just basically indifferent to my comings and goings, dealings and drama, my sons usually are right there, with the right word, and righteous indignation on my behalf. My dad told me years ago (he himself a son among three boys), that boys don’t like to see their moms cry, and to try to use that sparingly. Considering what a rascal my dad was when he was growing up, I took those words to heart.

Along with my husband, I am showing my sons are women are to be respected and treated. But they give me the gift of showing me, every day, that boys are men in the making, and can really be amazing humans. And, if anyone settles for the boorish, chauvinistic, misogynistic type, well, sister, that’s your problem.

As I wind up my Month-of-May Mothers series, I’m going to end it with the mothers whom I respect the most – moms of veterans.

Written by
blog0rama
Posted in
Month of May: Mothers
Tagged
Mother Hens 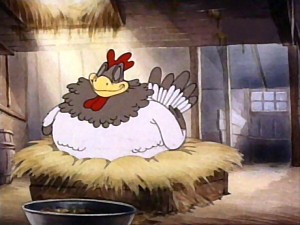 Do you ever feel choked by a self-satisfied and righteous pile of feathers? As you’re trying to learn how to dodge chicken hawks and unscrupulous roosters, is there a hovering vortex of smothering-mothering in your vicinity? Do you feel hen-pecked, brooded over, and about to crack? Well, my little chickadee, you have experienced the Mother Hen.

I hesitate to use the powerful tool of personification in this way. I’m tired of certain celebrity politicians referring to women as pit-bulls and bears. Last I checked I was human, and that’s enough of a challenge without being thought of as a canine or ursine creature. But I am susceptible to Mother Hen-ness, and I bet you know some of these chicks, too:

Good things about Mother Hens: They are protective. They are not shy about their opinions. You always know where they stand. And while you’re trying to dry your wings and get ready for flight, they make sure you think you can. Now don’t get your feathers ruffled. It’s tough being cooped up with a Mother Hen, true, but they are watching out for you, and want to make sure you don’t get scrambled.

And that’s not over-easy.

To my female students: You are a complicated lot. Every year, I learn more about myself through your eyes than perhaps I ever have in any class or seminar. In you, I see the young teenager I once was, including the pettiness, grudge-holding, gossipy side, of which I was often on the receiving end. But in most of you, I see young ladies who are so intelligent, kind hearted, honest, and generous of soul and spirit. It is your confidence in your voice, and in your futures, that you perceive as weakening you — but don’t you see? That is really where your strength is! When you share a wish, a hope, a sadness–you are so strong in the risks you take, and all I can say is I will stand back in awe at the women you will become someday.

Many of you complain about your mothers. The complaints are as old as time itself: Your mother doesn’t trust you. Your mother is over-protective. Your mother is mean, yells too much, dresses too old, dresses too young, or doesn’t remember what it was like to be your age. I know. Being around you girls constantly has me in a flux, as well: you make me remember what it was like to be a middle-and high-school girl, and it was most certainly not without its share of drama. I am the oldest daughter of a family of three girls. My mom and I could have some blow-outs. And, as it happens to so many women, the older I get, the more I am like her, and the more I shrug off her quirks, because they are my own. We inherit more from our parents than eye color or a propensity for pistachio ice cream. Right now, I can’t really remember why those battles were so hard-fought. Is it because the bad choices girls make are so much more damaging? Forgoing education for a fickle boyfriend, or that the mythology of MRS degrees are false and dangerous?

We see in our mothers, as daughters, the women we may become. And sometimes we don’t really understand what we’re seeing, so we push, claw, bite, and kick emotionally to be something else, to be someone else. But since we’re still trying to figure out who that is, therein lies the rub.

Look in your own mirror, and sort out the goodness, the intelligence, and the capacity for your own choices and their consequences, but please, respect your mother. She has seen around a few corners, and has fought the battles before, and for, you.