Written by
blog0rama
Posted in
being a better colleague, Being a better teacher, Big Questions, Wish I Had Written That, Writing
Tagged
Rebecca Solnit, WIHWT

This Wish I Had Written That is inspired by Rebecca Solnit.

Sometimes the artmaking stalls out.

Sometimes I’ve written my truth and it conflicts with someone else’s narrative. Writers step on toes, cause disquiet, and challenge ideas and status quo: and yes, I count myself in that group.

And when I stall out it’s because of fear. Fear of reprimand, unwarranted criticism, or being misunderstood.

But I suppose if I want to write, reflect, question, challenge, and process I must let go of any naivety and just write. Let go of the belief that all my words and ideas will be welcomed as a first-grader’s art project stuck on the fridge with a souvenir magnet.

It’s fun when there are over 1,000 hits and views on this blog. I realize other writers get tens of thousands a month, but for now, I’m satisfied with whoever takes the time to read.

There are too many fascinating and amazing miracles happening every day not to take snapshots of them, and curate the wonders of this world, and let fear get in the way. This age demands transparency and questioning. Carry on, be brave.

“You make art because you think what you make is good, and good means that it’s good for other people, not necessarily pleasant or easy, but leading toward more truth or justice or awareness or reform. I write nonfiction and know a lot of journalists, political writers, and historians, whose efforts tend to be more overtly geared toward changing the world but I believe this is true of poets too. This weekend a friend sent me a Neruda poem to celebrate the king tides—the exceptionally high winter tides we get here—and though it’s hard to say the way this might help someone, it helps me to read:

the disdain, the desire of a wave,
the green rhythm that from the hidden bulk
lifted up a translucent edifice

Because pleasure is part of what gets us through and helps us do what we’re here to do. Because the political struggle is to protect the vulnerable and the beautiful, and paying attention to them is part of the project.”

Written by
blog0rama
Posted in
Being a better teacher, Wish I Had Written That
Tagged
Tom Rademacher, WIHWT

I haven’t done a “Wish I Had Written That” in awhile, and this came across my view today:

Someone posted this, from my book, sort of a bill of rights for students. Glad this piece is catching some attention. What do you think? pic.twitter.com/oZh87qRWVb

Currently, I’m framing my Canvas classes for next year, and the overarching concern/message, (the thing that maybe someday will be the cornerstone of my doctoral thesis) is how to help students support their own learning, and not accept negativity or peer negativity/learned helplessness. Or something like that. The subtle and not-so-subtle messages students press on one another may be one of the most damaging and obstructionist practices I’ve witnessed. The illuminating moment flashed when a student asked me last year between the difference between the tech academy students and “regular” students: when I realized that the tech academy kids never made each other feel bad for wanting to learn something. That simple. And how do we build those communities when the community rejects being built? All the ice breakers and relationship building in the world won’t help unless there are cohorts of students/teacher teams, and the feeling of belonging. The ‘academy’ students move through their years at my school as a community, a family, and when the ‘regular’ part of the school had teacher teams, it helped build that, too, when the teams were allowed common planning or encouraged to meet. Things have gotten much more isolating over the past few years, so here is looking forward to those changes. (Is it a change when we used to have something and then get it back? Question for another time.)

And how do we build those communities when the community rejects being built…if the ‘community’ simply sees working together more like gentrification than a Seedfolks moment? All the ice breakers and relationship building in the world won’t help unless there are cohorts of students/teacher teams, and consistency in scheduling. The past two years, we have students changing core teachers mid year now, and it’s really hard on them. If Hattie says relationships impact student learning, then we need to listen to this and take steps to protect the bonds that students and their teachers have: we’re moving back to teams, thank heavens, so hopefully some of the issues that were solved once at our school will be solved again.

Circling back to the spark: before I saw Tom Rademacher’s tweet, on my Canvas page I crafted this draft of the promises we need to make to one another in my class this year: 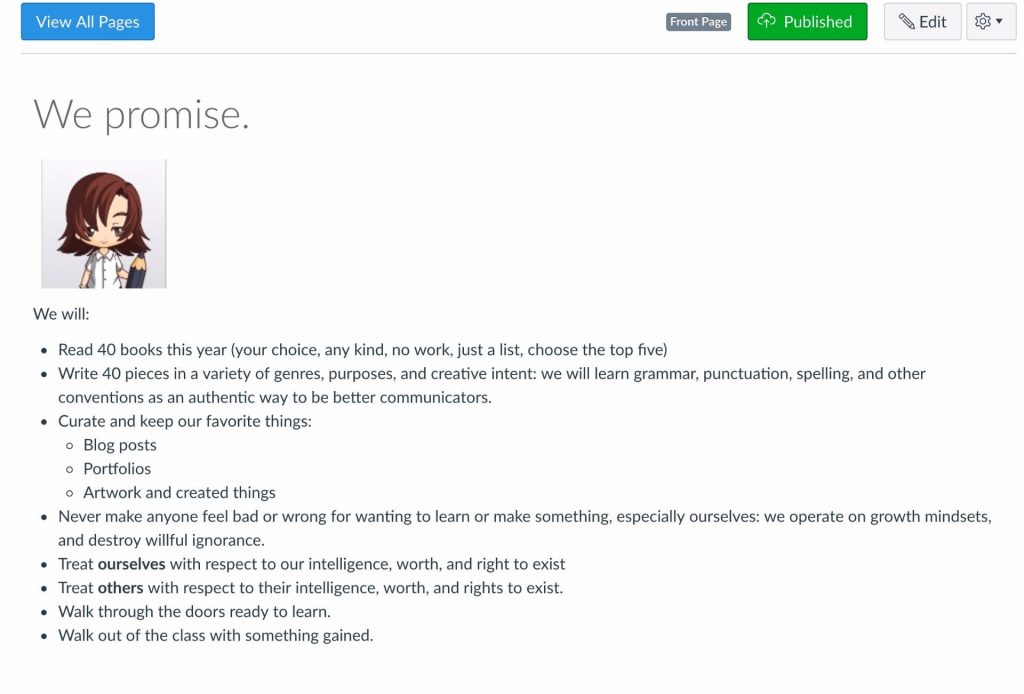 It is a draft: it gets a little wordy and mixes messages of both attitude and product. I’m still processing the 40 Book Challenge and using Three Teachers Talk as a guide and trying to figure out the most important ingredients for next year’s secret sauce.

For now, I’ll let this percolate for a bit, and enjoy a beautiful Saturday…any ideas are welcome!

You have the right to be an introvert, as long as you feel that your voice is heard.

You have the right to be an extrovert, as long as you allow yourself and other mental oxygen. 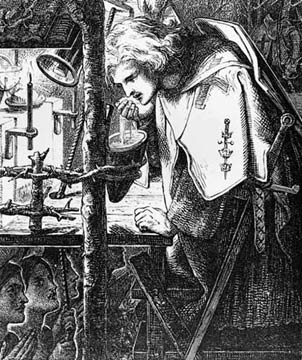 Here is my attempt to help students using the Notice and Note strategies for one of my favorite short stories, ‘Chivalry‘ by Neil Gaiman. 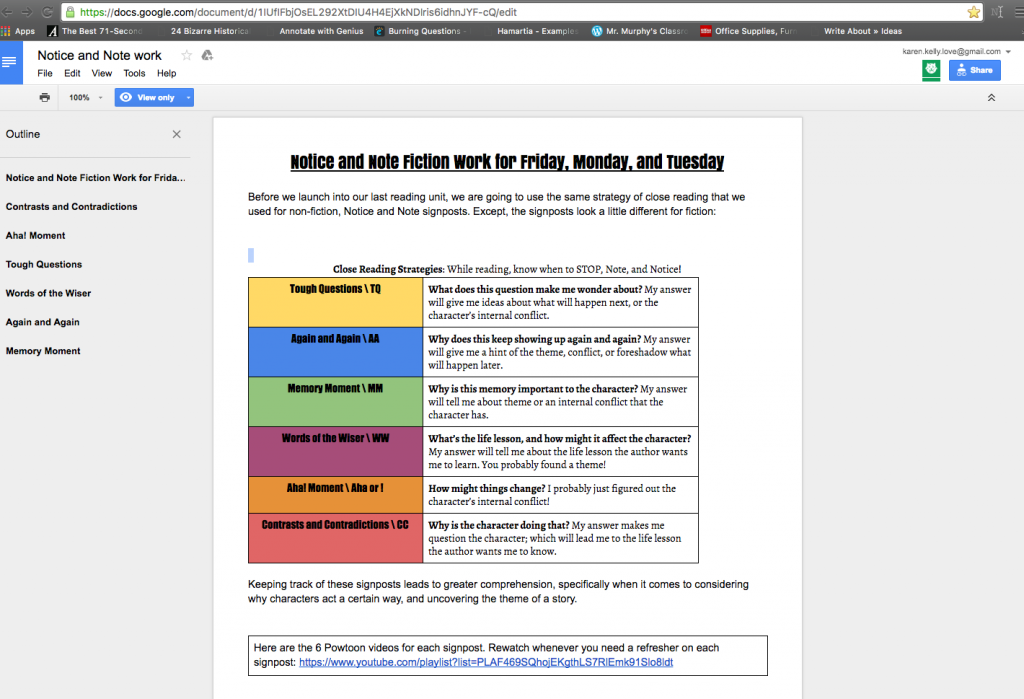 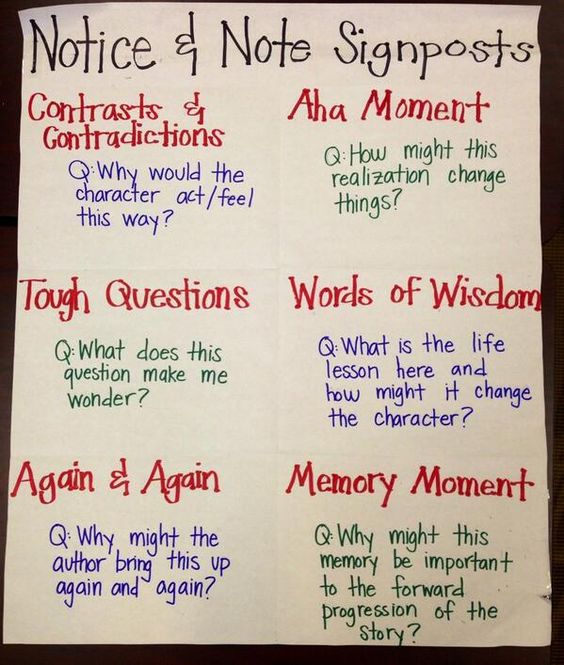 Wait, you know what? I think you might enjoy doing this yourself. I don’t want to spoil the story for you.

I believe there is an example of every signpost in this story. Read it out loud to your students in your best English accent (if you don’t have one already). Enjoy.

This book of short stories is well worth it:

Written by
blog0rama
Posted in
Being a better teacher, Wish I Had Written That, Writing
Tagged
Writing, writing engagement

Written by
blog0rama
Posted in
Wish I Had Written That
Tagged
Octavian Nothing, WIHWT 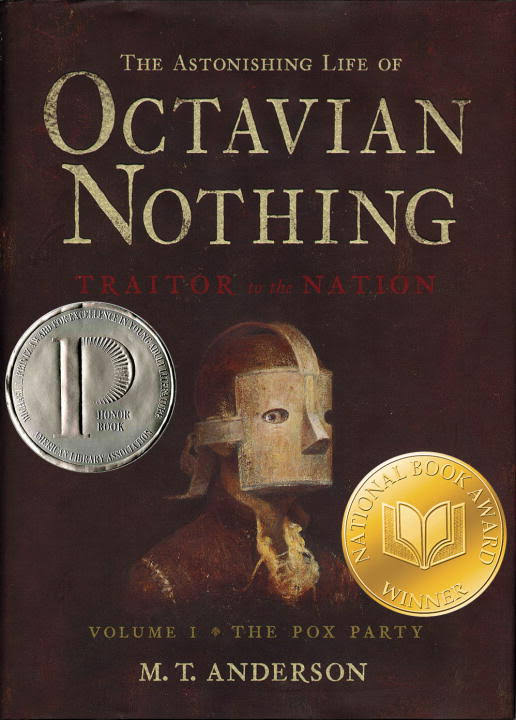 This Wish I Had Written That is a novel I’m about 65% through: Octavian Nothing by M.T. Anderson.

Did you ever buy a book, tried to engage, and then put it down? This is one such novel: I’ve had it for years (6 years? 8 years?) on my nightstand, and somehow it shimmied back up to the surface, and yes, the timing is perfect.

The narrative flawlessly stitches together constructs from the pre-Revolutionary period: from the Age of Enlightenment to the burgeoning economic and social demands of the Colonies to England. The mythic narrative told to me while I was in high school included a one-direction, one perspective: England/King = Crazy: Patriots=Good and Righteous. They lost. We win, and then sing a song with a weird F sharp. (But modern singers get over this hurdle with their flourishes and trills.) Women and slaves are not represented, except by the odd, racist background chorus of servants, and the token Betsy Ross or Dolly Madison mention.

This novel made me research: willingly and joyfully. There is much mentioned where my background and knowledge is lacking. Does everything come at a cost? Every piece of enlightenment that betrays humanity, is that the price?  Making the connections between when England began its emancipation process and abolition, and concurrently as the suspicions and fear of the Colonists grew over the slaves in their midst, it stands to reason that the U.S. would never willingly give up control over other human beings, and created a legacy we may never shake, and perhaps nor should we.

“…boots us nothing to feel rage for things that long ago transpired. We must curb our fury, and allow sadness to diminish, and speak our stories with coolness and deliberation. “Animum rege, qui nisi paret, imperat,” quoth the poet Horace. “Rule thy passion, for unless it obeys, it rules you.” I ask the Lord God Jehovah for strength to forgive. Whatever I have felt about those men, I have much to thank them for. They lavished luxuries upon me. They supported my every interest and encouraged my curiosity. They instructed me in the Christian religion. They taught me the tongues of the Greeks and the Romans and opened for me the colonnaded vistas of those long-forgotten empires, in this, the dawning of a new empire. They schooled me in music, which is my greatest delight. These are not little things.

I do not believe they ever meant unkindness.”

There is disturbing irony in this idea, of not intending harm.

This has my full attention now, in between grading, preparing for conferences, and relatives coming over to our broken-down house for Thanksgiving. But I am grateful for my home, and for my family, and those who strive for peace and equity.

The novel may be too much for my seventh-grade students. The voice is 18th Century Enlightened Man With Classical Education, a voice in a modern work I’ve never been exposed to  until now. But this isn’t just any Enlightened Man, it’s Octavian.

Thank you for voices as of yet unheard.