Did you know that sourdough bread has ancestors?

There is a yeast mixture that is passed down to start the next batch of baking. I don’t understand much about it. We had some hippy friends a few years ago who proudly showed us their jars of opaque, bubbling concoctions of ancient yeast. The location or origin of the yeast also affects taste and texture. Who knew? 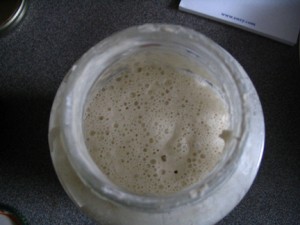 Anyway, this isn’t about how to make traditional sourdough bread. It’s about story starters. How do we get our writing moving, taking “starters” and watching our ideas rise into something new and delicious?

This moring, while reading the “paper,” (which isn’t on paper, it’s on a computer screen. Can’t wrap fish in it, but hey, I don’t have any fish, so it doesn’t matter) I found these three stories:

The first one is about some sled dogs that broke free of their sled, and were rescued a few days later.

The second is about the symphony that may go on strike.

The third is about a fancy-schmancy famous restaurant in New York city that is going out of business.

There is always a ‘story behind the story,’ or even a completely new narrative waiting to be written. If those dogs could talk, what were they saying to one another? If the instruments of the musicians had something to say, what would they say? How do they feel about their musicians going on strike? And, the restaurant? How many couples got engaged there? How many tears were shed over a broken heart? How many tourists saved up every last penny just to eat, no…dine…there once in their lives?

Now get started and write.